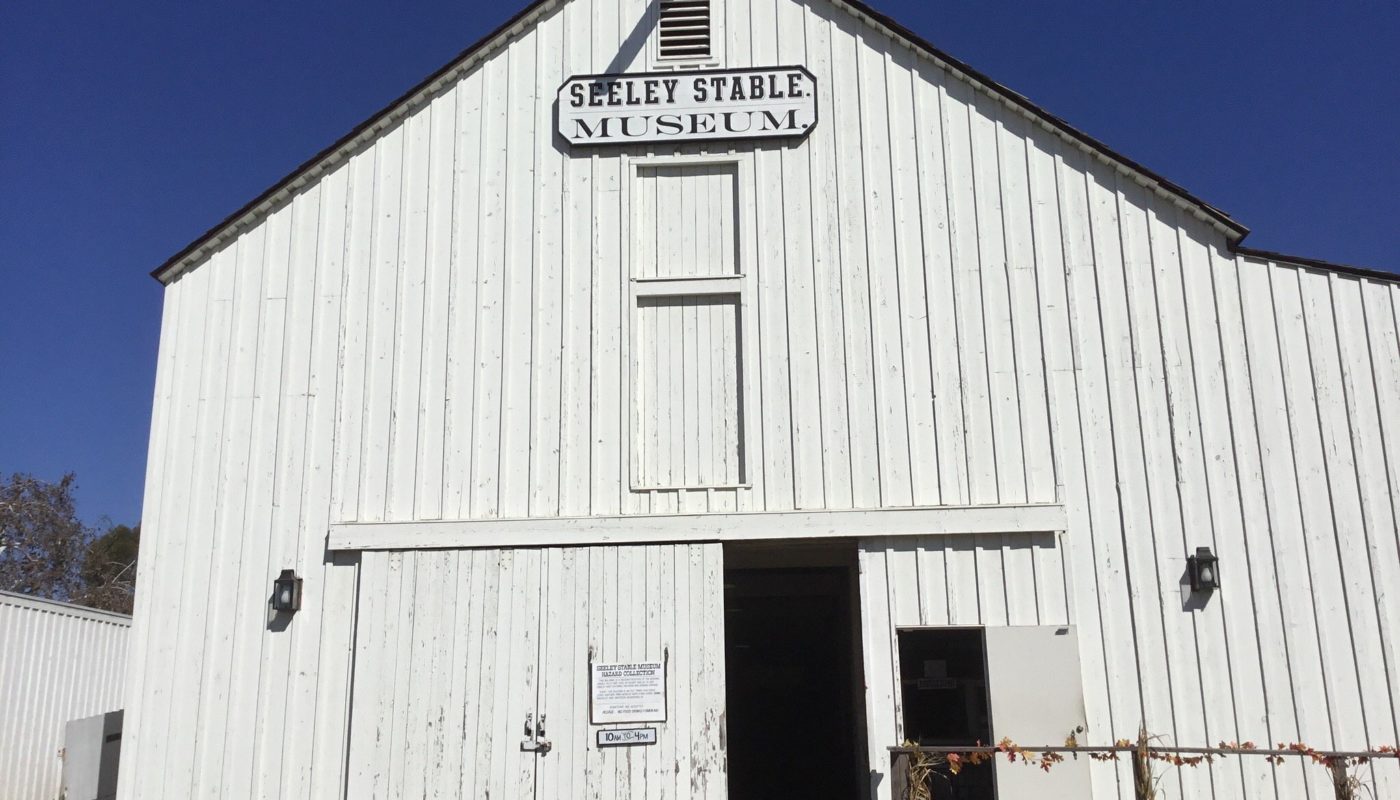 The original Seeley Stables were built circa 1869 to support the transportation services offered by Albert L. Seeley. It was said that Seeley once purchased the largest, most splendid stagecoach that San Diego had ever seen and gave everyone in town a free ride.

Seeley Stable was a “well built and sturdy” two-story, square-sided, shingle-roofed barn used to stable horses and house stagecoaches. It was probably the first structure that Albert Seeley, who operated a stage line between Old Town and Los Angeles, constructed after buying the Bandini property in 1869. Seeley enlarged the barn with a single-story rear addition, erected new sheds and fencing, and put up a windmill for pumping water.

Low mows flanked the barn’s center, where wagons drove in from Calhoun Street, loaded with hay. The hay was pitched to either side into the mows. The barn was demolished in the late 1920s.

The current structure was built 1974 and is home to a fine collection of 19th-century overland transportation gear and vehicles, including a carreta (an ox-drawn cart), mud wagon, Concord stage, and huge two-wagon freighter. Most of these rare artifacts were given to California State Parks by Roscoe E. Hazard, a former rancher and retired highway contractor.

The second floor of the Seeley Stable Museum is closed to all visitors for exhibition remodel. A booklet containing photos and descriptions of the second floor artifacts will be available upon reopening.

For more information on the Hazard Collection, please see our Carriage Index document which has a lot of information about the various horse-drawn vehicles given to the state by Roscoe “Pappy” Hazard. 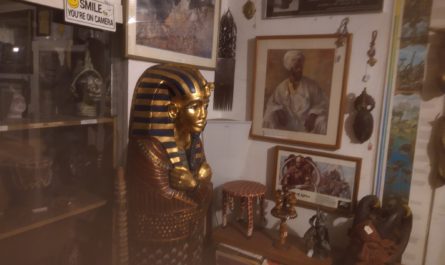 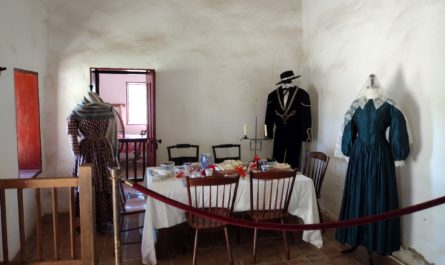