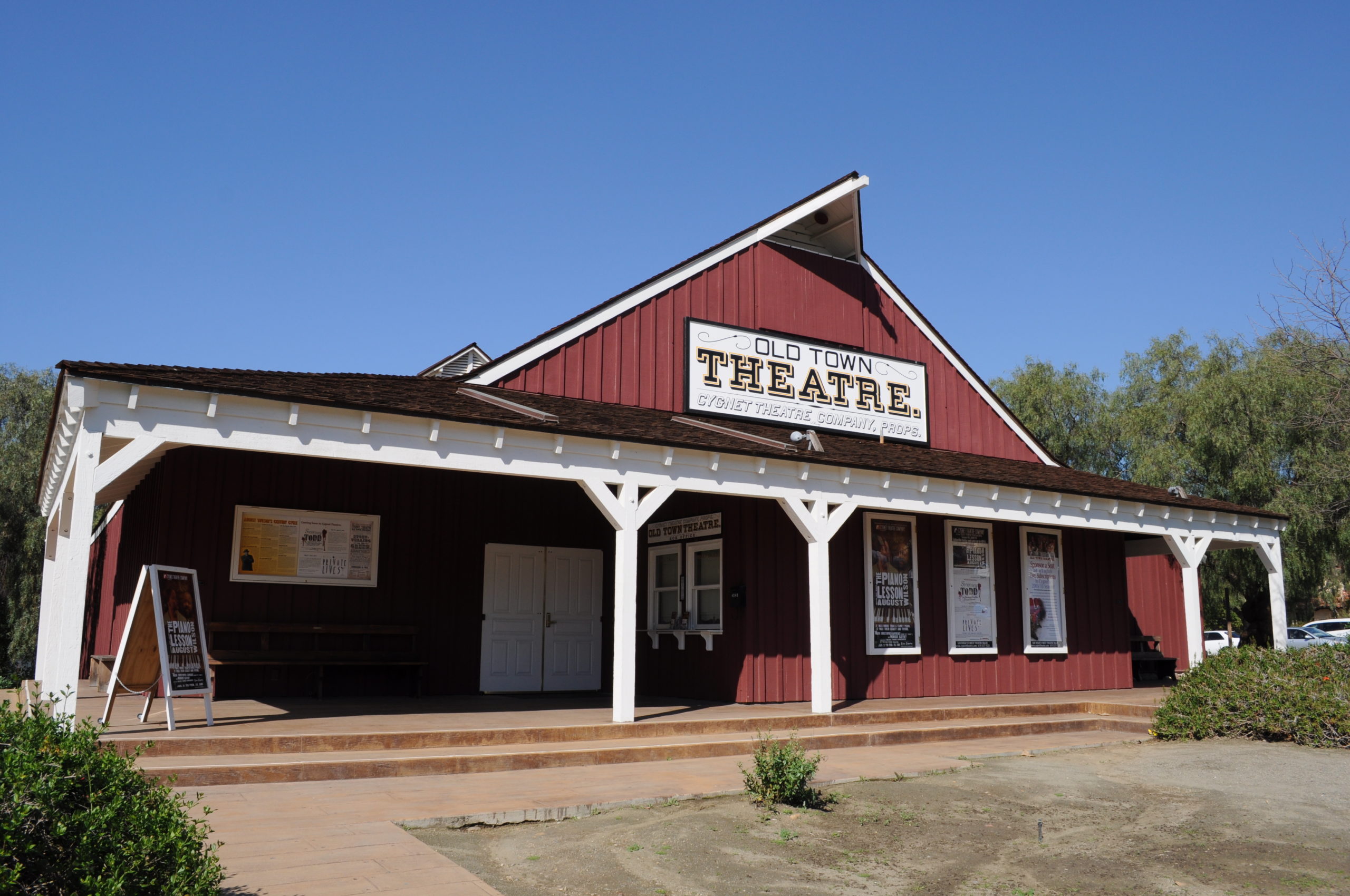 Since taking flight in 2003, Cygnet Theatre has grown into one of San Diego’s leading theatre companies and is known for producing adventurous, entertaining and thought-provoking live professional theatre year round.

Cygnet began life in 2003 producing high caliber work in a 165-seat house located in San Diego’s Rolando area near SDSU. Nearly half of all productions have been local premieres, as Cygnet believes strongly in bringing new voices to the community. These have been balanced with classics and musicals. The community response from the beginning was tremendous and Cygnet soon needed a larger venue. In 2008, Cygnet moved to the 246-seat Old Town Theatre in Old Town San Diego State Historic Park, where Cygnet reaches over 40,000 people annually and remains committed to bringing multiple unique voices to the stage.

A NEW HOME (2008-PRESENT)
Cygnet began performing on the Old Town Theatre stage in 2008 with the award-winning A Little Night Music. After that show’s hugely successful extended run, the theatre underwent a complete renovation, made possible through the generosity of donors who contributed to a $1,000,000 capital campaign.

Over the summer and early fall of 2008, the lobby and theatre interior received a major remodel, the restrooms were expanded and upgraded, the theatre was equipped with state of the art lighting and sound systems, new theatre seats were installed and the theatre was brought up to ADA accessibility standards.

The newly renovated theatre officially opened with a ribbon cutting ceremony, preceding the world premiere adaptation of A Christmas Carol, in December 2008.

In 2012, the addition of the Elaine Lipinsky Patio across the front of the theatre further enhanced the Old Town Theatre-going experience.

Cygnet performs all of its Mainstage Productions at the Old Town Theatre. It also makes the facility available to other arts organizations and community groups for rental. Visit the Cygnet Theatre website to learn more!

OLD TOWN THEATRE ORIGINS (1957-1985)
In 1957, Edythe Pirazzini founded the Mission Valley Playhouse in a barn near what is now the west end of Hotel Circle North. When the barn was replaced by the Hanalei Hotel in 1962, the theatre company was renamed Mission Playhouse and reopened with a 74-seat space in a commercial building on Mason Street in Old Town.

Eleven years later, in 1973, the State Department of Parks and Recreation notified the Mission Playhouse that the building would be torn down. Local actress Polly Puterbaugh led an incredible campaign to get a replacement theatre built. She got advice from state senators, gathered more than 5,000 signatures and flew to Sacramento many times over the course of several years and raised $770,000 to build the 202-seat theatre on Twiggs Street that would later become known as Old Town Theatre. This is the only theatre to date that the state of California has helped build. The theatre opened in August 1979 with William Saroyan’s The Time of Your Life. After only eight months, Pirazzini left the space and William R. Bruce (aka Bill Bruce) became the Artistic Director of the newly named Old Town Opera House in 1980, and worked at the theatre for a year with his wife Trina Ciuffo. From 1981-85, San Diego State University professors Mike & Ann-Charlotte Harvey worked with Mike & Patricia Connolly to run the Old Town Opera House. It was during this time that Cygnet Artistic Director Sean Murray first appeared on the Old Town Theatre stage.

A HOME FOR STUDENT ACTORS (1986-1991)
In 1986 the United States International University (USIU) took control of the space and started staging student productions. Andrew Barnicle served as head of the Theatre department and Jack Tygett served as head of the Musical Theatre department. Alumni of USIU include actors Jamie Foxx and John Barrowman, television producer Jack Gulick, and comedian Dante, as well as many local San Diego actors.

“Barrowman said that what sold him on the school was the chance to perform in a regular season at the Theatre in Old Town. He played in The Boyfriend, Tintypes, My Fair Lady, Fiddler on the Roof, and Man of La Mancha right before summer vacation [in 1988]. He liked Man of La Mancha best because it was the first time he was not cast as a romantic leading man, playing instead a fat, bald priest.”
– LA Times, September 27, 1990, author Nancy Churnin

In 1991 USIU suspended theatrical productions due to financial problems. In 2001, USIU joined with the California School of Professional Psychology to form Alliant International University, which currently has a Scripps Ranch campus. Andrew went on to be the Artistic Director of the Laguna Playhouse for almost two decades. Jack taught and inspired students at Chula Vista High School (which named its own theatre after him) for many years.

MIRACLE THEATRE PRODUCTIONS (1991-2006)
In late 1991, the Francis W. Parker School reopened the theatre under the Artistic Direction of Gordon Cantiello. Paula Kalustian and Jill Mesaros both worked at the theatre for a few years before officially forming Miracle Theatre Productions Inc. in 1994 and taking over the space, then called The Theatre in Old Town. For many San Diegans, catching a Miracle Theatre Production show was their first visit to the Old Town Theatre. They produced such shows as Beehive, the 60s Musical, a five-year run of Forever Plaid, Shear Madness, and Forbidden Broadway: SVU.

In 2006, the California Department of Parks and Recreation put management of the space up for bid. Cygnet won the contract and now produces a year-round season of professional, off-Broadway style theatre, which is more in-line with the theatre’s original use.