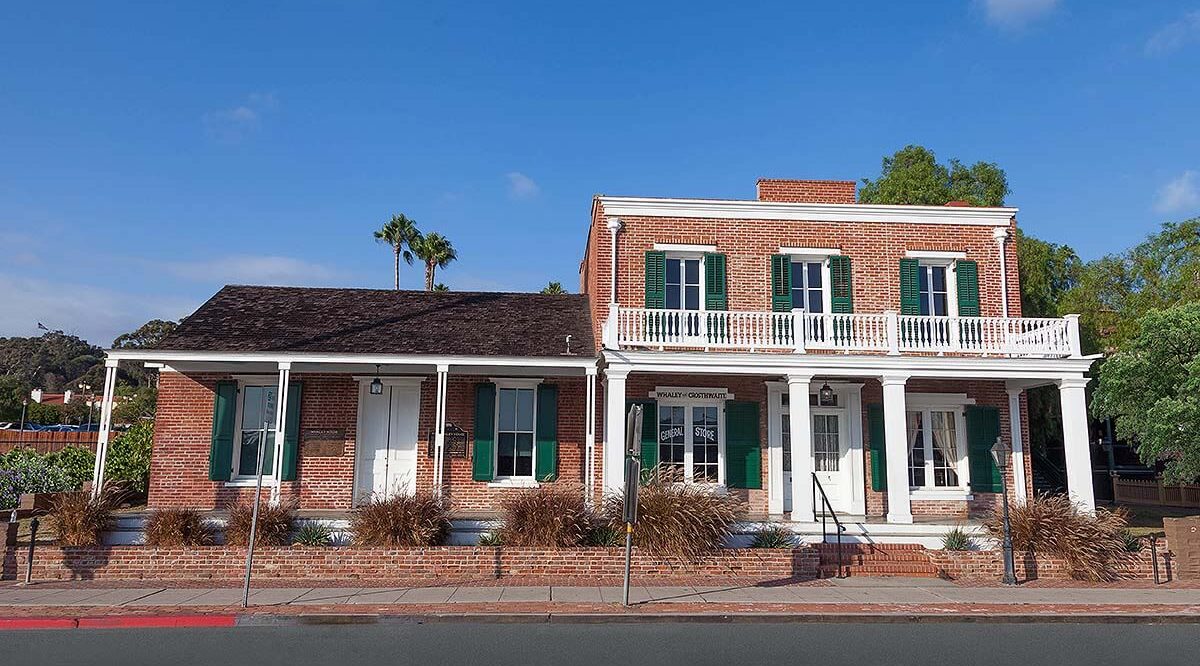 Whaley House stands today as a classic example of mid-nineteenth century Greek Revival architecture. Over 100,000 people visit the Whaley House annually, with guests traveling from across the globe to experience this world-renowned museum. It is owned by the County of San Diego and is managed by Old Town Trolley Tours.

The building was started with the construction of a granary that later became the courtroom. The two-story house and store addition was designed by Thomas Whaley himself and constructed in 1857. It was the first two-story brick edifice in San Diego, and was built from bricks made in Thomas Whaley’s own brickyard. Whaley boasted, “My new house, when completed, will be the handsomest, most comfortable and convenient place in town or within 150 miles of here.”

Our interpretive period is from 1856 when construction began on the house to 1885 when Thomas Whaley moved his family to a new home in New Town, San Diego. Our primary focus is on 1868 to 1871, when the Whaley House was not only the Whaley family residence, but also San Diego’s first commercial theater, the county courthouse, and the Whaley and Crosthwaite General Store, all of which have been restored to the museum.